Disclaimer: The therapeutic suggestions in this blog are for educational purposes only, and are not meant to diagnose or treat any disease.

Paracelsus was a Swiss German physician, chemist, botanist, alchemist, astrologer and general occultist who is famous for his rebellion against the conservative medical orthodoxy of his day, as well as for his bold, new ideas in medicine. During his life, he garnered a lot of fame for his cures and medical advances, which made him not only highly sought after as a physician and healer, but a controversial figure around whom many fantastic stories and legends accrued. He is also widely held to be the father of chemical medicine, or chemotherapy, in Europe, as well as the science of toxicology. His ideas were also important to the founding of homeopathy as well.

Toxicology is a branch of knowledge dealing with the scientific study of the characteristics and effects of poisons on living organisms. Paracelsus is considered to be the ‘father’ of this discipline.

He described peat as the “Quinta Essentia Vitae” (the quintessence of life), because he considered peat to be the ultimate remedy or elixir of life. Numerous clinical studies on peat therapy have since been carried out. Today, based on the results of these studies, thousands of doctors all over the world use and endorse peat treatments for various ailments.

He also emphasised cleanliness and antiseptics in surgery, telling his students that if the surgeon only takes care to keep a wound from getting infected, Nature will take care of the rest, and heal the wound.

Paracelsus believed in planetary and alchemical correspondences for every organ and function of the human body, and maintained that a state of health and wellbeing was the result of a harmony between the microcosm of the human body and the macrocosm of Nature and the universe.

Hippocrates, the Father of Medicine, was also the father of hydrotherapy and balneotherapy. He was very much interested in the therapeutic properties of various waters, which he saw were either rain fed, as in lakes or marshes, or from subterranean aquifers, as in mineral springs that come bubbling out of the rocks. He theorised that their differing curative properties came from their differing contents of various minerals, like iron, copper, silver, gold or sulfur.

Within the Hippocratic writings, is the remarkable classic Airs, Waters and Places. Not only did it concern itself with the curative effects of various mineral waters, but also with the therapeutic properties of the airs and microclimates of various locales. This kind of holistic thinking has permeated the field of balneotherapy in the European spa resorts to this day: the central attraction is the mineral waters and their curative properties, but also important is climatotherapy – the therapeutic properties of the locality and its microclimate.

Therapeutic bathing is an ancient art and probably the oldest of medical procedures. Hippocrates wrote on the application of therapeutic bath and how it soothed pain in the side, improved respiration, soothed the joints and skin, was diuretic, and removed heaviness of the head.

My personal profile can be viewed in full at www.liamcounihan.com View all posts by peatbath 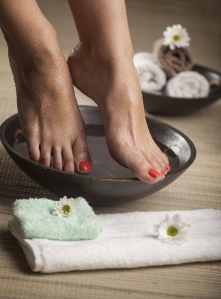